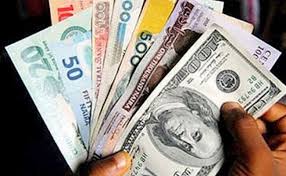 After the victory of the All Progressives Congress candidate General Muhammadu Buhari in presidential poll, the naira commenced to stabilize.

It appreciated by 7% to 211 against the United States dollar at the parallel market.

Nigeria’s currency, which sold for 228 against the dollar before the poll, rose to 211 on Wednesday, Bureau de Change operators said.

Alhaji Aminu Gwadabe, the acting president of the Association of Bureau de Change Operators of Nigeria, said he expected the naira to rise further.

He said: “I think the trend will continue. The naira may appreciate from 211 to something below 197 currently at the interbank market.”

Foreign exchange traders said the demand for dollar had condensed compared to what happened before the presidential poll.

Kunle Ezun, a currency analyst at Ecobank Nigeria, stated that the market had been trading around the general elections and Buhari’s person.

He said: “The market has been trading around sentiments and emotions, this is why the naira is appreciating; nothing has really changed in the fundamentals. There was high demand for the dollar before the election because some people predicted post-election violence. Now, the game is over and there is no violence. So, the demand for the greenback is abating.

“The market is also trading around the sentiment that Buhari will fight corruption, strengthen institutions and eliminate wastages. But after his inauguration, the market will trade around the fundamentals like the oil price, external reserves and others.”

The naira-dollar exchange rate has yet to witness any change at the interbank market.

On Wednesday, the local currency closed at 197 to the dollar, a level it had traded at since February after the Central Bank of Nigeria pegged the rate following a de facto devaluation.

It should be noted that in his presidential promises Gen. Buhari, on Monday, March 23, said he would ensure that the naira was equal to the dollar in value, if voted into office.

The naira has mostly traded in a range of 198 to 200 per dollar since mid-February when the central bank scrapped twice- weekly foreign-exchange auctions at which the naira was sold to banks at a subsidised rate in a band that varied a maximum of 5% on either side of 168.