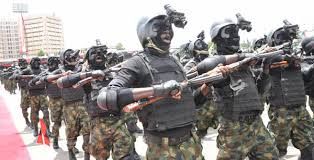 The National Assembly has been advised to urgently pass legislation on sensitive information in order to safeguard Nigeria’s economic and military secrets from prying eyes.

Presenting the lead paper at the 2014 Security Seminar/Workshop held recently, the President of Association of Industrial Security & Safety Operators of Nigeria (AISSON), Dr. Ona Ekhomu said that foreign espionage was a concern for the compromising of national secrets for economic or military gain. Ekhomu, contended that given the penchant of some of our policy makers to give sensitive contracts to foreigners our national secrets are constantly under severe threat. He said that foreigners in Nigeria are here “to serve their home interests or the interests of any metropolitan powers that recruited them”.

“Intelligence is a key component of the war on terror, and since fifth columnists have been identified in the security agencies and in the government, national secrets need to be better protected in order to give Nigeria the strategic advantage in the war on terror.”

The renowned security expert stated that the sale of key parastatals and installations to foreign companies and interests as a result of the government’s privatization and commercialization program was fraught with considerable risk.

He warned that foreign intelligence agencies were aggressively gathering intelligence against Nigeria — some of which might be aiding the war efforts of Boko Haram.