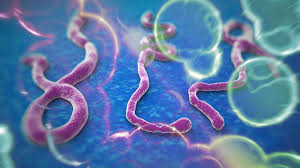 The Rivers State Ministry of Health has placed about 100 persons who had contact with the late Dr Ike Sam Enemua under 24-hour surveillance for possible symptoms of Ebola virus disease.

The ministry has also shut down the late Enemua’s hospital as well as the Good Heart Hospital, a private health facility where he was treated until his demise, and a hotel where a staff of the Economic Community of West African States (ECOWAS) who was treated by the late medical doctor lodged while he was in Port Harcourt.

Enemua died on Friday, August 22, 2014, in Port Harcourt, and the result of the samples taken from him, which was released yesterday morning, indicated that he died of the dreaded disease.

The state commissioner for health, Dr Sampson Parker, who disclosed this while briefing journalists in Port Harcourt, said those quarantined include staff of the two hospitals and the hotel as well as Enemua’s wife.

Parker stated that the deceased’s wife, who is also a medical doctor, has already shown signs of fever and has been taken in for treatment, adding that any of those quarantined who shows sign of fever, which is the simplest symptoms of Ebola virus disease, would be taken in for treatment.

He said: “Dr Ike Sam Enemua died last Friday, August 22, 2014, as a result of what was suspected to be Ebola virus. The Rivers State Ministry of Health, on becoming aware of the conditions of his death, immediately commenced investigation and contact-tracing. As at today (Thursday), about 100 contacts from the hotel, patients of Dr Enemua, patients of the hospital where the late Dr Enemua was treated till his demise have been identified and restricted in Rivers State.

“The locations are being decontaminated. From our investigations, some facts have emerged: a staff of the Economic Community of West African States (ECOWAS) on the team that received the late Patrick Sawyer, the Liberian-American diplomat who died of Ebola disease in Lagos, made a trip to Port Harcourt where he checked into a hotel and met Dr Enemua.

“About a week after his departure, Dr Enemua took ill and was rushed to a hospital where he presented with symptoms of high fever, stooling and vomiting. In the course of his treatment, the managing physician became suspicious and took samples for investigation. A few days after, Dr Enemua died. His body was deposited at a mortuary in Port Harcourt.

“Dr Enemua’s widow, who is also a medical doctor and who cared for him during his illness, has taken ill. She is being quarantined. A few hours ago, the result of the samples taken on Dr Enemua came out and it was positive. The diplomat, who was seen by the late Enemua is alive and well.”

The commissioner, who refused to give the name of the late Enemua’s hospital and the hotel where he went with the diplomat, said the state government has the needed resources and personnel to tackle the effects and spread of Ebola in the state.

Primary contact infected his doctor, 1 other in Port Harcourt – FG

A primary contact of Mr Patrick Sawyer, who evaded the surveillance of the medical team in Lagos State, has infected a personal medical doctor who secretly treated him in Port Harcourt.

The minister of health, Prof. Onyebuchi Chukwu, who stated this at a joint ministerial press conference with the minister of information, Mr Labaran Maku, in Abuja yesterday, said that the additional two cases were not treated at the isolation ward in Lagos.

“One of them is a primary contact of Mr Patrick Sawyer. Even though he presently does not have Ebola virus disease (EVD), further laboratory tests indicate that he had suffered from EVD,” the minister said.

“This primary contact of Mr Sawyer evaded our surveillance team in the last week of July 2014 and travelled out of Lagos to Port Harcourt where, as we now understand, he consulted with a doctor and was apparently treated for some symptoms. After four days, following a manhunt for him, he returned to Lagos by which time he was found to be without symptoms,” the minister said. “This case would have been of no further interest since he had completed the 21 days of surveillance without any other issue, but for the fact that the doctor who treated him died last Friday, 22nd August, 2014.”

According to the health minister, following the report of the doctor’s death by his widow the next day, the case had been thoroughly investigated and laboratory analysis showed that this doctor died from EVD.

“As a result, several contacts have now been traced, registered and placed under surveillance. However, because the widow is now symptomatic, she has since yesterday been quarantined pending the outcome of laboratory tests being carried on her,” Chukwu said.

He also used the opportunity to tell Port Harcourt residents not to panic, insisting that the Incident Management Committee has already deployed a very strong team to the city. “Just like the situation has effectively been managed in Lagos and Enugu, the situation in Port Harcourt will also similarly be effectively managed,” he added.

Meanwhile, the minister of information has charged journalists to be above board in the reportage of the ongoing fight against Ebola, saying that “journalists are working as doctors of some sort in fighting this disease”.

He said that dealing with any epidemic is largely a public education programme, and that a lot of the work lies with the media people.

“That is why I’m saying that everything we write, we should understand that we either help or worsen the situation,” he said.

Meanwhile, in conjunction with health experts from Botswana, Ethiopia, Ghana, Kenya, Namibia, Rwanda, Tanzania, Uganda, Zambia, and Zimbabwe, the World Health Organization (WHO) yesterday announced that it would be organizing a three-day workshop in order to strengthen Africa’s defences against the Ebola outbreak.

According to the United Nations health agency, the three-day workshop brings together more than 40 disease prevention and control officers, clinicians and infection control officers as well as social mobilization, health education and communication experts from 10 countries.

Participants will build their capacity to control EVD, including through surveillance and data management, infection prevention and control, case management, laboratory sample collection and transportation, and social mobilization and proper use of personal protection equipment.

The first in a series of preparedness and response workshops began on Tuesday in Brazzaville, the capital of the Republic of Congo, with Dr Deo Nshimirimana from the WHO Regional Office for Africa saying that “despite efforts being made to control the Ebola virus disease (EVD) the outbreak was continuing and the number of cases and deaths increasing, thus constituting a threat for all African countries and the world.”

“The EVD outbreak is now not only a health problem, it is a threat to the economy and development of our countries as well, and we need to expedite efforts to quickly control the situation,” he said.

Since the start of the outbreak, WHO and its partners have deployed more than 450 people to the four affected countries: Guinea, Liberia, Sierra Leone and Nigeria. Experts deployed include field coordinators, clinicians, epidemiologists, infection control and prevention specialists, logicians and data managers, communication specialists, medical anthropologists and social mobilizers.

Meanwhile, WHO said it had been notified yesterday by the Ministry of Health of the Democratic Republic of Congo (DRC) of an outbreak of EVD in the country’s Equateur Province. The case involved a pregnant woman from a village who butchered a bush animal that had been killed and given to her by her husband. She became ill with symptoms of EVD and died on August 11 of a then-unidentified haemorrhagic fever.

Between July 28 and August 18, 2014, a total of 24 suspected cases of haemorrhagic fever, including 13 deaths, have been identified.

Samples have been sent to laboratories in DRC’s capital, Kinshasa, and in Gabon for confirmation of Ebola and to identify the strain found in the DRC. The index case and the 80 contacts have no history of travel to the Ebola-affected countries in West Africa or history of contact with individuals from the affected areas. At this time, WHO says, it is believed that the outbreak in DRC is unrelated to the ongoing outbreak in West Africa.